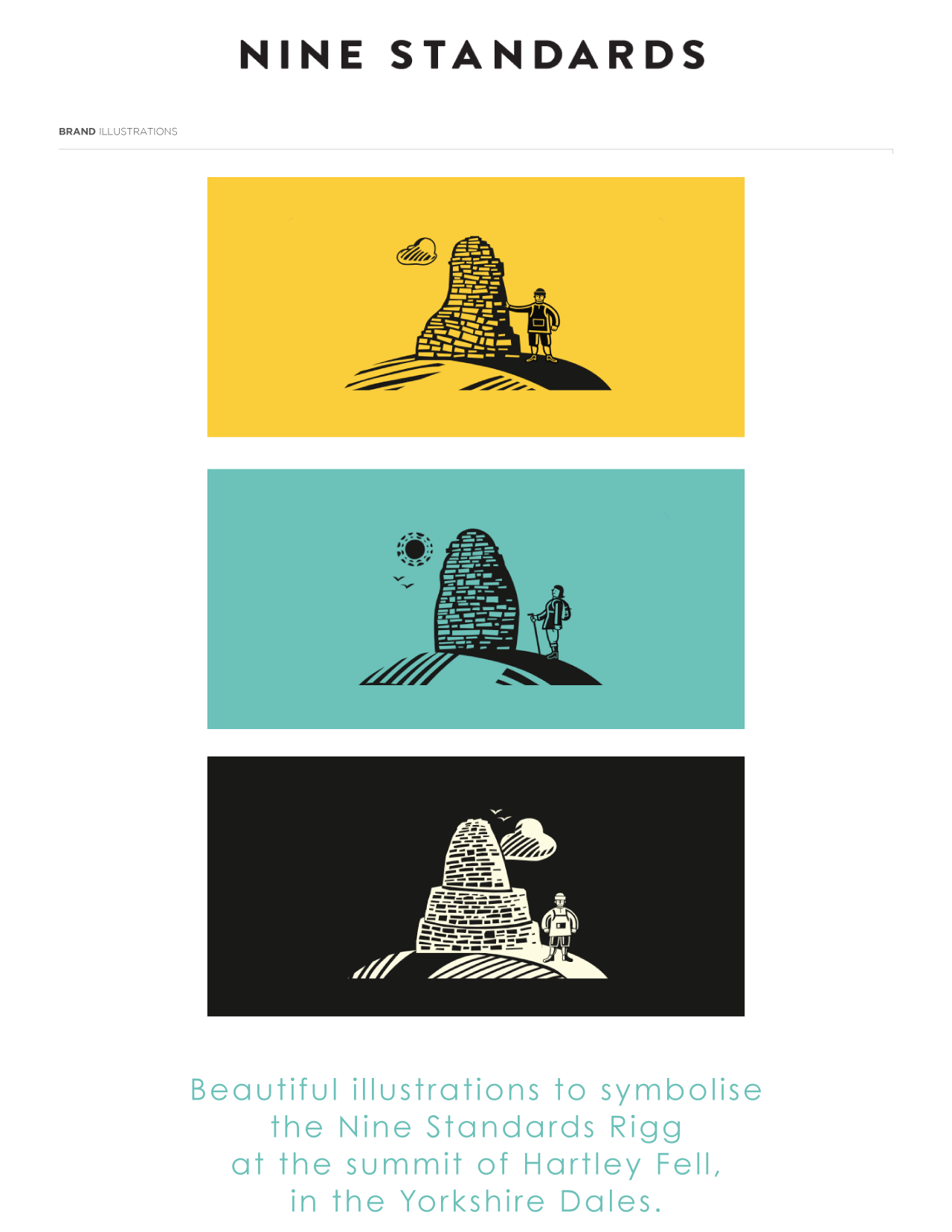 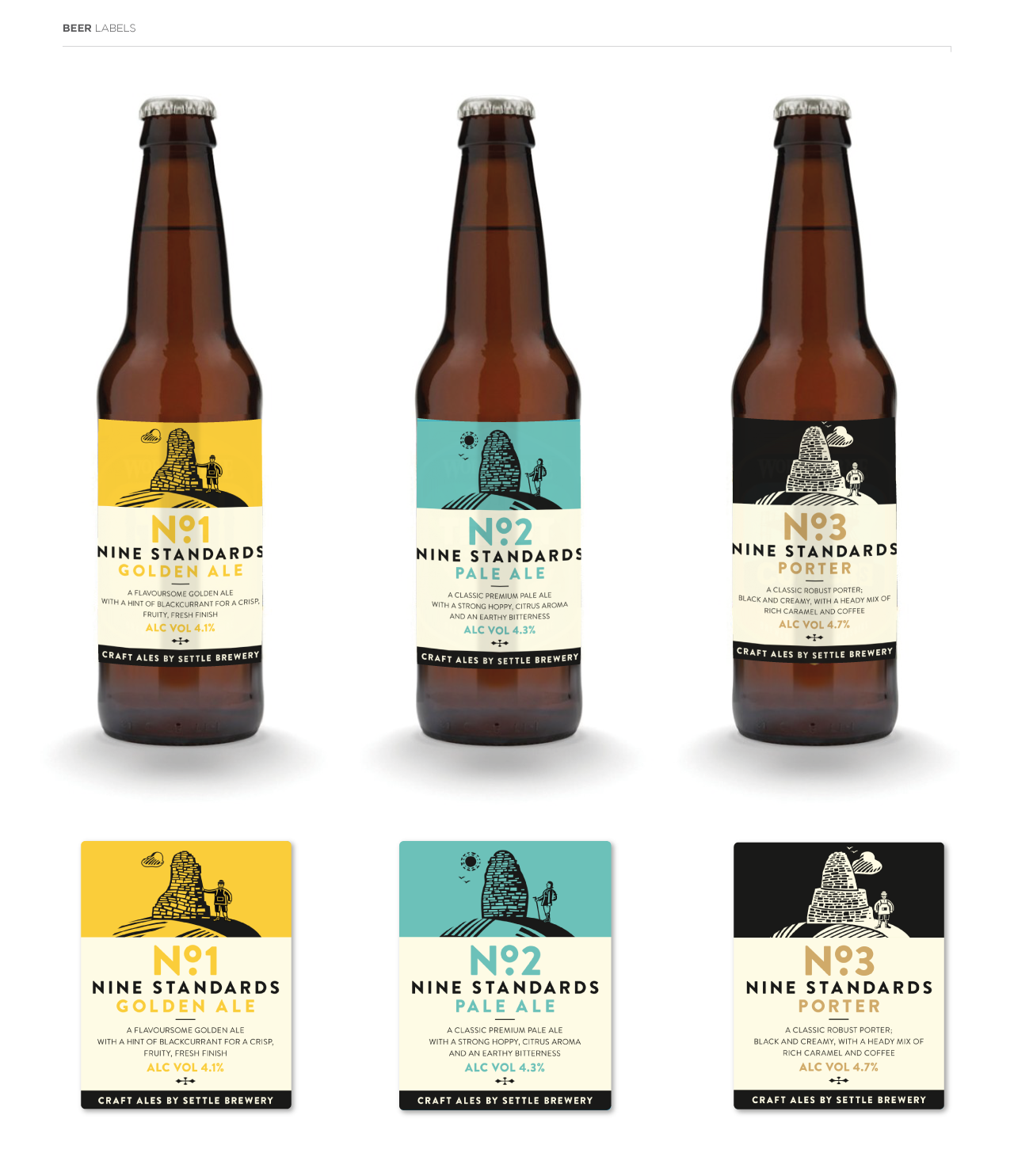 Nine Standards is a selection of artisan craft beers created and named after the line of mysterious cairns that stands along Nine Standards Rigg at the summit of Hartley Fell near the Cumbria-North Yorkshire border.

Nine Standards wanted their brand to stand above their competitors so commissioned 3 new label designs across their range of craft beers. The designs had to capture the origins of the brand while be illustrative and bold.

The new designs have allowed Nine Standards to strengthen their brand image and consumer awareness which has seen sales increase for the brewery.